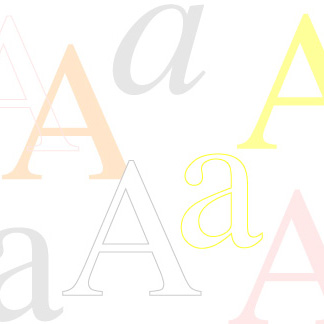 hello this is my first honest attempt at righting a short story in years. please let me know what you think.

We begin with a boy who is only 13 years of age but is wise beyond his years, like no other before him. He is able to hold a conversation with just about any one despite his mental quarks or disabilities. He fits in everywhere and also nowhere. A boy like this with some friends but none very close must feel very lonely. Lonely he is and a deep thinker no less. He longs for a friendship as close as siblings, for he is an only child. He feels as though he can not even love himself for his parents do not love each other. A broken but brilliant boy with no close companionship is destined for something but what might that something be…

One day after school as the boy is walking home, he finds himself completely alone. Silence fills the air. It's eerie enough to catch his attention, so he stops in his tracks. Something feels off. Then he hears it, a wearing sound. All of a sudden he sees it, a flying saucer! It comes to a stop right above him when a small door at the bottom of the ship opens up and out comes a platform that begins to descend and land right in front of him. On the platform is what looks like a man covered in a long black cloak from head to toe. The boy can't see what the man or women or whatever this might be at all because they are completely covered by this cloak. Stunned and unsure what to do, the boy just stands there in fear of what might happen next. The figure sticks out a hand and ushers him on to the platform. The hand was human but it was only bone! Now the boy understood, the figure before him is the entity known as death.

The boy steps on the platform because in that moment he truly believed he had died. The platform rose into the sky and entered the flying saucer. Once inside the boy took in everything around him as death led him down a hallway. The ship seemed devoid of anything, the walls were a dull gray metallic color that looks smooth to the touch. There were some doors that were built into the walls with no door handle or any real way to open them. There's no telling what’s on the other side of those doors but just thinking about it frightened the boy. This fear snapped the boy out of his shocked state and all of a sudden he was full of questions. He tried to ask death why he was here and what had happened to him. He had no idea how he died, from his perspective he was just walking home and then everything just stopped. It didn't feel like he died, it didn't feel like anything at all. Unfortunately death just kept on walking, never even acknowledging the boy. Disappointed the boy figured that was normal, didn't really think that death would be the chatty type anyway. More and more questions began to flow through the boy's head. Did this happen to every person who died? How would that be possible? Was he special? Where is he taking me? But with no one to answer his questions all he could hope for was that wherever he was going there would be someone who could answer some of these questions.

Finally death stops at a door, it opens without any input. Just opens all on its own. The boy assumed this was his stop and walked in. He wasn't sure what he was expecting but he for sure wasn't expecting an almost empty room. It looked like a hospital room or a prison cell just a lot more comfortable. With no time at all let alone time to turn around and get out the door shut. No window, no door handle, it basically just turned into another wall. As the boy began to panic he noticed that there was a small television in the room with a message on it. It read “do not panic, relax, we will be with you shortly. The boy sat down and tried to do just that, relax. Figuring he had died he wasn't too concerned with his life, he figured that was over now and this is the next chapter, the next life. He lied down and began to think about what his new existence would be like. Maybe it was the mental exhaustion  from everything that just happened or maybe they pumped in some kind of gas but the boy fell asleep.

When he awoke some time later he found that he wasn't alone. He saw a man and a woman both in lab coats. They introduced themselves as part of the hiring committee. Confused, the boy went to ask what they meant by that, but before he could utter a single syllable they began to speak in unison. “We here on the other side are those who watch over the human race. We help those in need when we can and we collect the soles of those who have passed on. Humans are extremely unique  because of their souls. No other species in the entire known universe is able to contain the soles that humans do. After someone dies we collect their soul, study it and send it back to earth where it will insert itself into a new body. Human souls have this distinct creative ability and are able to make beautiful art in so many different ways. But most interesting of all, if a human is born without a soul they will grow one of their own.” stunned once more the boy is struck with silence. The two continue to explain why he is here. “You are here because we have watched you for some time now and it is our belief that you are the best person to receive this information and go on to tell the world”.

After a moment the boy has finally grasped it and understands everything. He has a hard time believing it at first and thinks he may have had a mental breakdown and he's currently in a coma. But the pair assure him this is not the case. Reluctantly he takes their word for it and begins to ask questions. He asks how they expect him, a 13 year old boy to tell the world all of this. Let alone get anyone to believe him. Their answer surprises him. They say that they don't expect everyone to believe him but they know that if he writes a book or starts a vlog or does something to get his story out that some will believe him. And over the years if he keeps telling his story and studies hard and spreads the word on how special humans truly are that he can in turn not only help thousands of people to see themselves as something more but that maybe he can change some hateful minds into open ones. They tell the boy that if he starts now at the age of 13 that by the age of 31 he will have already saved countless lives and changed even more minds.

The boy feels a sense of pride and honor. He tells the beings in front of him that he will accept this as his reason for life and he will devote himself to changing and enriching the lives of others. Not with religion and the promise of an afterlife but with knowledge. The knowledge that we are all special, that we are all connected and that we are not alone. Not on this planet, not in this life and certainly we are never when we feel lonely.

The boy asks a few more questions about what they do and what he can do for them but truly he already knew all that he needed to get started. With that they led him back to the platform he had arrived on and waved goodbye. As soon as the ship was out of sight he found himself back where this all had started. He checked his watch and saw that no time had passed. It was like he was taken to a place outside of time. He felt enriched, he finally had a purpose and he was sure to make many connections along the way of his new path. He felt that even if he never makes a deep and meaningful connection with one person he now knows that with every small connection he makes is a chance to change and enrich someone's life or outlook on life. He figures that's more than enough for him. Plus now and forever he knows he's never truly alone.