On a mini gallery crawl in Chelsea, topping my list was McKenzie Fine Art, Inc., where I stopped by to see Don…

I Welcome Your Eyes & Opinions 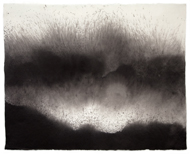 Hello fellow artists & art lovers.  I've just posted some recently photographed drawings on this page, http://skypape.com/new2010-11.htm and invite you to visit and enjoy. Your feedback is always welcome.  Hoping everyone's creative endeavors are thriving!  Wishing you a happy spring, with kind regards,… Continue

Art doesn't offend me, but censorship sure does! 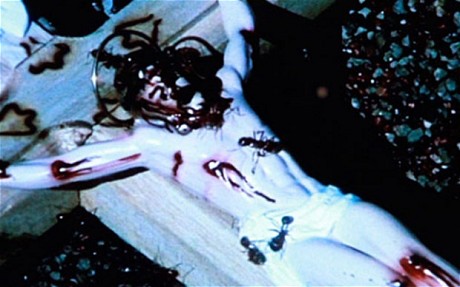 As an individual who values artistic creation and freedom of speech, I would like the National Portrait Gallery and the Smithsonian Institution to know that I am deeply distressed and saddened over the cowardly decision to censor the exhibition "Hide/Seek: Difference and Desire in American Portraiture" by removing the video by the late artist David Wojnarowicz titled "A Fire in My Belly," thereby displaying an unnecessary capitulation to political pressure from various… Continue

Things handmade and handwritten have a special appeal to me -- perhaps it's something about the humanness of their imperfection and scale. Who doesn't like to find a real letter in the mailbox amidst the stack of bills and solicitations? Postmarked from France, I turned the envelope over in my hands and opened it with curiosity.

The past few months have been pretty much non-stop with work and all sorts of excitement, but I'm happy to at long last have a moment to stop here and say hello, and happy spring! The day after my solo show at June Kelly Gallery ended, I was on a plane to Italy for a month-long residency fellowship at the… Continue

Don't Bring Me Down

It was around this time of year, and I was walking on a gentle mountain trail with my absolute favorite person. Yes, I'll admit I have favorites. Happily, it's a long list, and if you're here reading this, you're on it.

It's wonderful how walking activates the mind as if the legs were cog cranks specifically designed to directly engage those tired cranial gears. Being fall, I was less intent on noticing the birds, and started talking about ideas that were surfacing, wondering what… Continue

You seem the same as always, and being you, hate every minute of it. Don’t! Learn to say “Fuck You” to the world once in a while. You have every right to. Just stop thinking, worrying, looking over your shoulder, wondering, doubting, fearing, hurting, hoping for some easy way out, struggling, gasping, confusing, itching, scratching, mumbling, bumbling,… Continue

Hello there,
I'd like to share the following message I received from E.J. McAdams - a call for a part-time Executive Director of a creative non-profit organization. Click here for job description. (Word document)

I serve on the Board of the interdisciplinary Laboratory of Art Nature and Dance (iLAND). We are searching for our first employee, a part-time Executive… Continue

Health care reform & those of us who remember the '80s This morning I was thinking about health care reform, and the vociferous opposition to it in the form of people, many armed, showing up to disrupt town hall meetings on the subject. I thought about those who would say it's not wise for an artist to publicly express an opinion about this issue, because he or she could… Continue

My thoughts have returned to the superiority of first-hand over virtual experience. By this, I mean looking at original artwork as opposed to viewing it on a computer monitor, taking off your iPod and going to hear live music, attending a dance performance, a play, a poetry or book reading, and yes, even just kicking yourself outside to move your legs, smell the flowers, and hear the birds sing. Here's the plan for tomorrow's gallery crawl 3/27: Meet at 11:15 am at The Drawing Center (35 Wooster St). From there, we'll go see Bruce Pearson's work at Ronald Feldman Gallery (31 Mercer St), then on to … Continue

Save the Date: Gallery Crawl March 27

Now that SoHo has again become "off the beaten path" unless you're looking for designer fashions, furniture, food, or bathroom fixtures, I've decided to visit some of the ol' 'hood's die-hard art holdouts for March's gallery tour.

Traversing the vast expanse of… Continue

Our February 13th gallery crawl began at Howard Greenberg Gallery on 57th Street, in the magnificent Fuller Building, itself a fine example of Art Deco architecture. We passed beneath the limestone frieze by sculptor… Continue

On Thursday, I had a couple of hours to dash through The Art Show of ADAA member galleries at the Park Avenue Armory. Given the amount of work on view, you do have to keep up a fast pace to see it all in that amount of time.

The overall mood of the dealers was perceptibly and understandably somber, and the show had far less exciting work to offer than usual. Some galleries had a big sticker next to a piece stating "ADAA Dealer's Choice." At first, I didn't know what this meant, but… Continue

Ouch! It feels like I stepped on the 3rd rail

Do you use public transit to go see art or do anything in NYC? If you live here or come here often, find out how proposed service cuts and fare hikes are going to affect you and respond.

Can you picture this? Arrested for taking photos of the NYC subway, even though it's legal. Don't these guys have anything better to do? The camera-wielding perp knew his rights and it didn't seem to matter. Still, you might want to know your rights: